Stop including Enumerable, return Enumerator instead 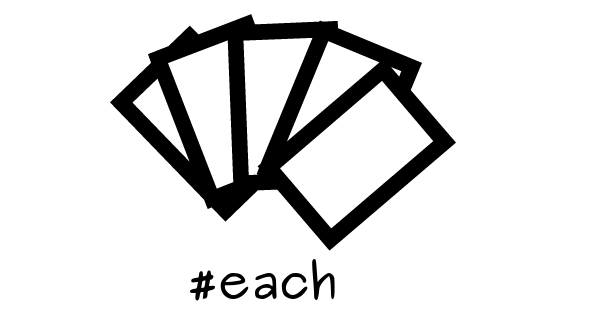 Many times I have seen people including Enumerable module into their classes. But I cannot stop thinking that in many cases having methods such as each_with_index or take_while or minmax and many others that are available in Enumerable are not core responsibility of the class that is including them itself.

If you call the most famous Array#each method without a block, you will see that you get an enumerator in the response.

You can manually fetch new elemens:

There are 3 ways to create your own Enumerator:

But if you look into MRI implemention you will notice that both #to_enum and #enum_for are implemented in the same way:

You can check it out here:

And if you look into rubyspec you will also notice that they are supposed to have identicial behavior, so I guess currently there is really no difference between them

Therfore whenever you see an example using one of them, you can just substitue it with the other.

We will see it in action later in the post.

This way (contrary to the previous) has a nice documentation in Ruby doc which I am just gonna paste here:

Iteration is defined by the given block, in which a “yielder” object, given as block parameter, can be used to yield a value:

The optional parameter can be used to specify how to calculate the size in a lazy fashion. It can either be a value or a callable object.

Here is my example:

Of course returning Enumerator makes most sense when returning collection (such as Array) would be inconvinient or impossible due to performance reasons, like IO#each_byte or IO#each_char.

What do you need to remember?

Not much actually. Whenever your method yields values, just use #to_enum (or #enum_for as you already know there are identical) to create Enumerator based on the method itself, if block code is not provided. Sounds complicated? It is not. Have a look at the example.

We are working in super startup having milions of users. And thousands of them can have gravatar. We would prefer not to return them all in an array right? No problem. Thanks to our magic oneliner return enum_for(:each) unless block_given? we can share the collection without computing all the data.

This might be really usefull, especially when the caller does not need to have it all:

Or when the caller wants to be a bit #lazy :

Did i just say lazy? I think I should stop here now, because that is a completely different story.

To be consistent with Ruby Standard Library behavior, please return Enumerator for your yielding methods when block is not provided. Use this code

to just do that.

Your class does not always need to be Enumerable. It is ok if it just returns Enumerator.

If you enjoyed the article, subscribe to our newsletter so that you are always the first one to get the knowledge that you might find useful in your everyday Rails programmer job.

Content is mostly focused on (but not limited to) Ruby, Rails, Web-development and refactoring Rails applications.