There are two common techniques for specifying in a test the behavior of a 3rd party system:

I would like to present you a third option — In-Memory Fake Adapters and show an example of one.

I find In-Memory Fake Adapters to be well suited into telling a full story. You can use them to describe actions that might only be available on a 3rd party system via UI. But such actions often configure the system that we cooperate with to be in a certain state. State that we depend on. State that we would like to be present in a test case — showing how our System Under Test interacts with the 3rd party external system.

Let’s take as an example an integration with seats.io that I am working with recently. They provide us with many features:

So as a service provider they do a lot for us that we don’t need to do ourselves.

On the other hand, a lot of those things are UI/Networking related. And it does not affect the core business logic which is pretty simple:

In other words: Don’t oversell. That’s their job. To help us not oversell. Which is pretty important.

To have that feature working we need to communicate with them via API and they need to do their job.

When seats.io returns with HTTP 400, the adapter raises SeatsIo::Error. The tested service knows that the customer can’t book those seats. It’s OK code for a single class test.

But I don’t find this approach useful when writing more story-driven acceptance tests. Because this test does not say a story why the booking could not be finished. Is that because seats.io was configured via UI so that Sector 1 has only 2 places? Was it because it has 20 standing places, but more than 17 were already sold so there is not enough left for 3 people?

Now, this tells a bigger story. We know what was configured in seats.io using their GUI. When season passes are imported by the organizer, they took all the standing places in Sector 1. If a customer tries to buy a ticket there, it won’t be possible, because there is no more space available.

No need to stub every call

When using In-Memory Fake Adapters you don’t need to stub every call to the adapter (on method or HTTP level) separately. This is especially useful if the Unit that you tests is bigger than one class. And when it communicates with the adapter in multiple places. To properly test a scenario that invokes multiple API calls it might be easier for you to plug in a fake adapter. Let the tests interact with it.

Here is an example of a fake adapter for our seats.io integration. There are 3 categories of methods:

Seats.io has a lot of useful features for us. Despite it, the in-memory implementation of their core booking logic is pretty simple. For seats we mark them as booked: @seats[seat] = :booked. For general admission areas we lower their capacity: @places[place_name] -= quantity. That’s it.

In-memory adapters are often used as a step of building a walking skeleton. Where your system does not integrate yet with a real 3rd party dependency. It integrates with something that pretends to be the dependency.

How to keep the fake adapter and the real one in sync?

Use the same test scenarios. Stub HTTP API responses (based on what you observed while playing with the API) for the sake of real adapter. The fake one doesn’t care. An oversimplified example below.

You know how to stub the HTTP queries because you played the sequence and watched the results. So hopefully, you are stubbing with the truth.

What if the external service changes their API in a breaking way? Well, that’s more of a case for monitoring than testing in my opinion.

The effect is that you can stub the responses only on real adapter tests. In all other places rely on the fact that fake client has the same behavior. Interact with it directly in services or acceptance tests.

When to use Fake Adapters?

The more your API calls and business logic depend on previous API calls and the state of the external system. So we don’t want to just check that we called a 3rd party API. But that a whole sequence of calls made sense together and led to the desired state and result in both systems.

There are many cases in which implementing Fake adapter would not be valuable and beneficial in your project. Stubbing/Mocking (on whatever level) might be the right way to go. But this is a useful technique to remember when your needs are different and you can benefit from it.

If your state and business logic don’t depend at all on those API calls then you can go with Dummy. What’s Dummy? You can find out more about different kinds of these objects by watching Episode 23 of Clean Code by Uncle Bob. 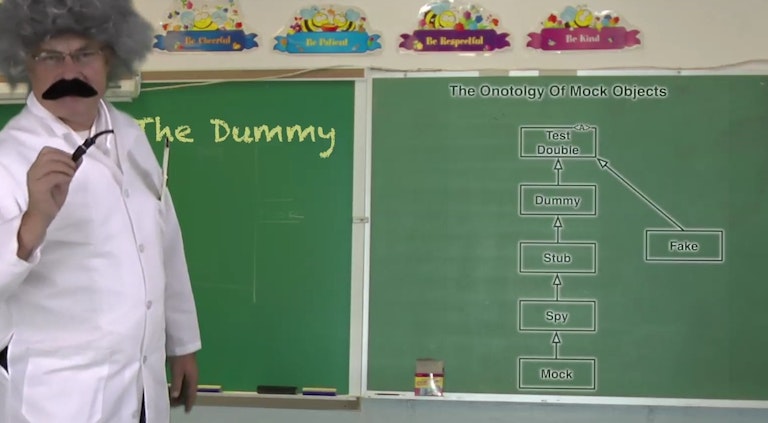 This blog-post was inspired by Fearless Refactoring. A book in which we show you useful techniques for handling larger Rails codebases.

If you liked reading this you can subscribe to our newsletter below and keep getting more useful tips.